What is MVP and Why Do You Need It

The post explains what an MVP is and why every startup owner should start his business with it.

If you have an idea of excellent service or application that solves a problem nobody has solved yet, you naturally want to build a solution as quickly as possible. However, take your time to invest all your budget in the development of a full-featured product and prepare for months of painstaking work behind closed doors. According to the concept of "lean startup" (Eric Rice's lean startup), it will be much more effective to find the answer to the question: "Is this product necessary for users?". MVP (a minimum viable product) will help you in this.

What is an MVP

A minimum viable product (MVP) is a development technique in which a new product or website is developed with sufficient features to satisfy early adopters. The final, complete set of features is only designed and developed after considering feedback from the product's initial users.

The concept is really simple. You create a basic product, and to make it complete, gradually add functionality. However, there’s more to learn about what is MVP.

What is not an MVP

MVP is not an ideal or fast-developed product, but an offer that represents the maximum value with a minimum of functions.

MVP is not a raw product made in a hurry. It takes less time to create an MVP rather than a fully functional product. But it doesn't mean that it should compromise on quality. Studies show that 60% of the features are not used at all, and, therefore, are not in demand among users. The MVP concept allows you to shorten the project start-up time by creating only the necessary functions and begin to receive real feedback for your product.

MVP is not a prototype. You can sell an MVP but you cannot sell a prototype. Because at the MVP stage the prototype becomes a product and performs the key functions. And the buyer is ready to pay for it, even if the product will even be cut off with functionality and have a simple look.

Many startup owners who’d like to develop a product or service, do not distinguish the stages of the project development. Whatever the product is, before you start testing it for potential customers, you need to bring it to the MVP stage.

A minimal viable product will help you to get meaningful feedback from users. You'll understand what they need and won't create a product nobody is interested in or not willing to pay for.

When you make a product, you initially have a lot of ideas. You think that you know what users want, what they are looking for, what design the app needs to have, what marketing strategy to use, what architecture will be most effective, how to monetize the product. No matter how good you are, some of your ideas might be wrong and that’s ok. The only problem - you do not know what exactly.

In a recent study of hundreds of startups, CB Insights determined that the biggest reason for failure (42% of all cases) is the lack of market demand. Almost half of these startups spent months, or even years, making the product until they realized that their hypothesis was wrong - that someone is generally interested in their product.

The only proven way to test your idea is to give a product to a potential customer as quickly as possible.

See also: Why Most Startups Choose Ruby on Rails for the Backend

With MVP you can

How to choose the minimum set of functions

At this stage, it’s nice to have strong marketing and technical expertise at hand. Such basic marketing validation questions will help you to better understand if your idea makes sense for the audience. And who are your potential users?

Make sure you know:

Many business owners view MVP as a process of creating something viable with minimal effort, rather than strive to create a product that will eventually develop independently. However, you need to think of the end goal as well as plan how you’ll get there.

From a technical perspective you define:

In 2007, Brian Chesky and Joe Gebbia wanted to start a business, but they did not have the means to even pay for housing. The guys decided for a small amount to lease the top floor of their home to conference visitors who did not have enough room in hotels. They took photos of the apartment and put them on a simple website - soon they had 3 clients who paid for the accommodation during the conference.

MVP concierge and communication with guests allowed Brian and Joe to validate hypotheses about the target market, identify the target audience and confirm the viability of the idea. They realized that not only students are willing to pay for living in someone else's house.

Joel Gascoigne did not want to waste time on any product he did not need, so he started with a simple test - he created a landing page with a subscription form, description of the offer and tariff plans, when choosing one of which the visitor was shown a message with the offer to receive the newsletter and a message that the product is not yet ready.

Due to the subscriber base, Joel established communication with the target market and learned its needs and the page with the tariff plans allowed to determine the share of traffic ready for conversion. 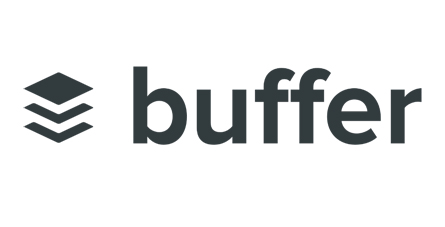 After iTunes ousted their solution from the market, the Odeo platform team began to think about a new product - one of the ideas was the microblogging platform, code-named "twttr". The first prototype was used as an internal service for Odeo employees, who actively used it.

This prompted the team to make the platform public, but the Twitter user base began to grow rapidly only after its presentation at the SXSW conference in 2007.

The social game development studio, which received more than $ 1,000,000,000 in profits from in-app purchases in 2013. In the development process, the company uses landing pages and campaigns in AdWords to determine the degree of interest in the game or its specific aspect.

By unleashing advertising in online and current games, Zynga gets valuable data that allows you to create a development plan and avoid investing in uninteresting game audiences.

Pebble founder Eric Migicovksky launched a campaign at Kickstarter, which eventually became the most successful in the history of crowdfunding - the consumers interested in the product invested $ 10,000,000 in it. As MVP, a demonstration video of the prototype was used, in which the request for investment sounded.

Startups and large IT companies are increasingly using MVP as a starting point for creating a successful software product. Focusing on a minimal set of key functions, companies develop the product base, which, if successfully validated for items of demand, efficiency, and viability in market conditions, is used to scale off and create a full-fledged business.

At UNL Solutions we create MVP for startups be it web or mobile technology. And will be happy to develop an effective solution for your business.